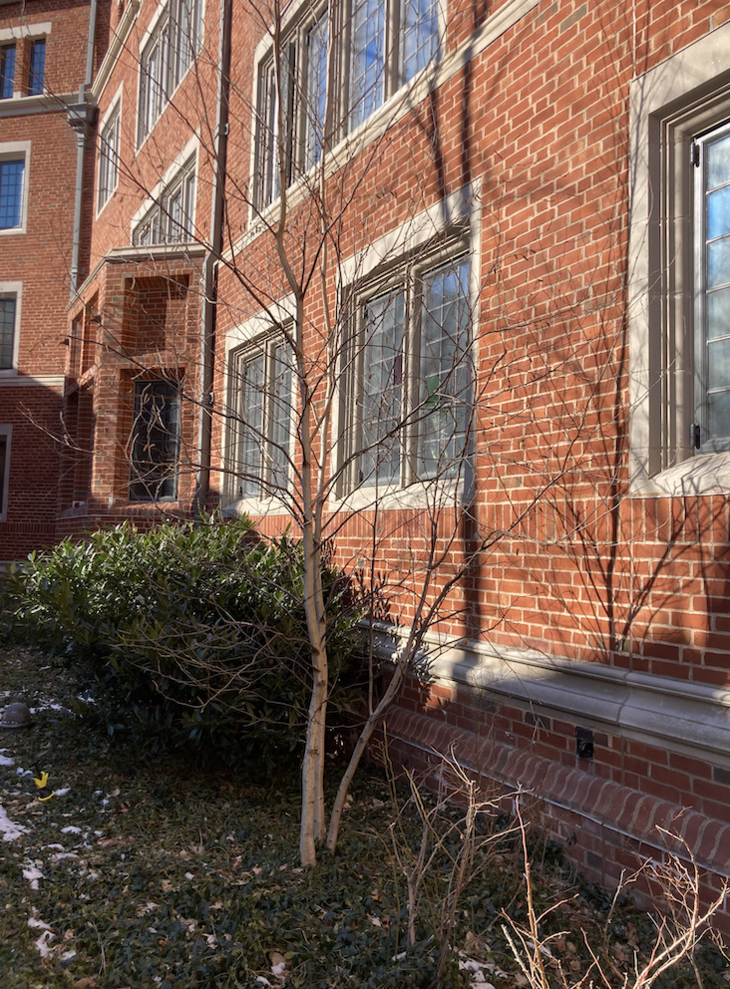 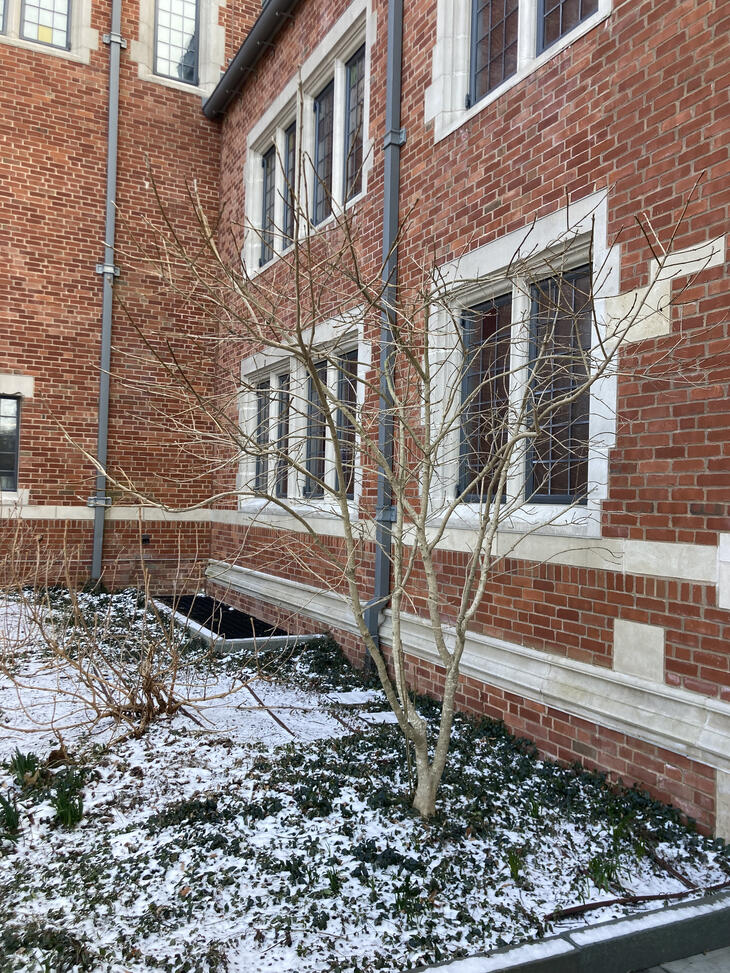 This photo shows the resiliance of our tree, able to survive even through the harsh New Haven winter. While it bears no leaves yet, the White Fringetree anticiaptes the arrival of Spring, when it can finally unfurl its leaves. 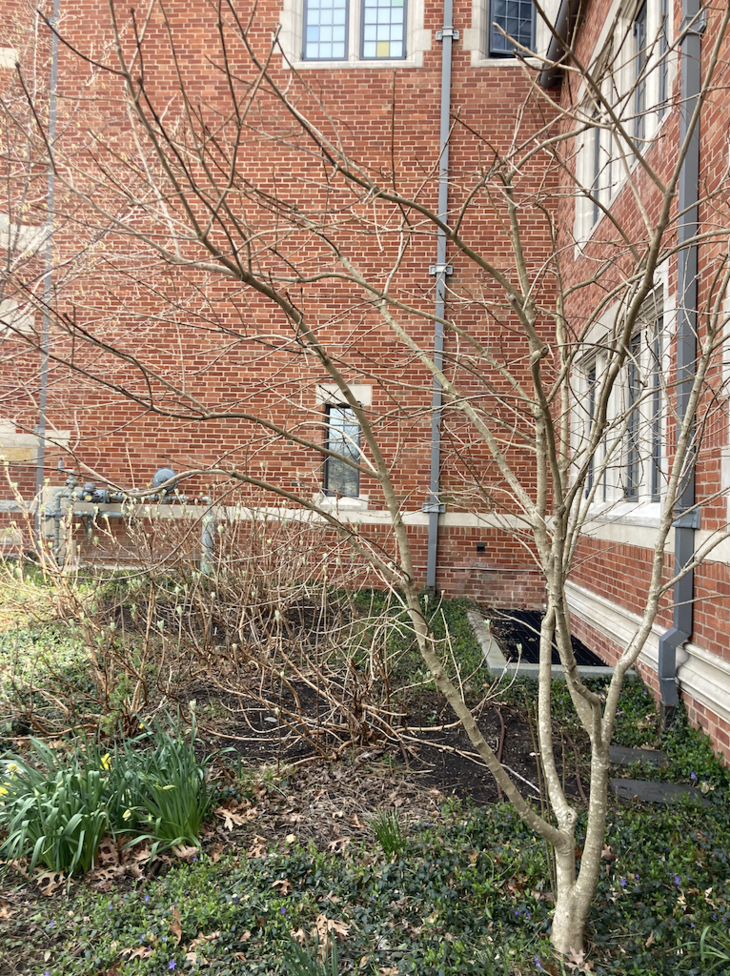 As Spring starts popping up around New Haven, our Fringetree proves itself to be a late bloomer, not quite ready to sprout its flowers.