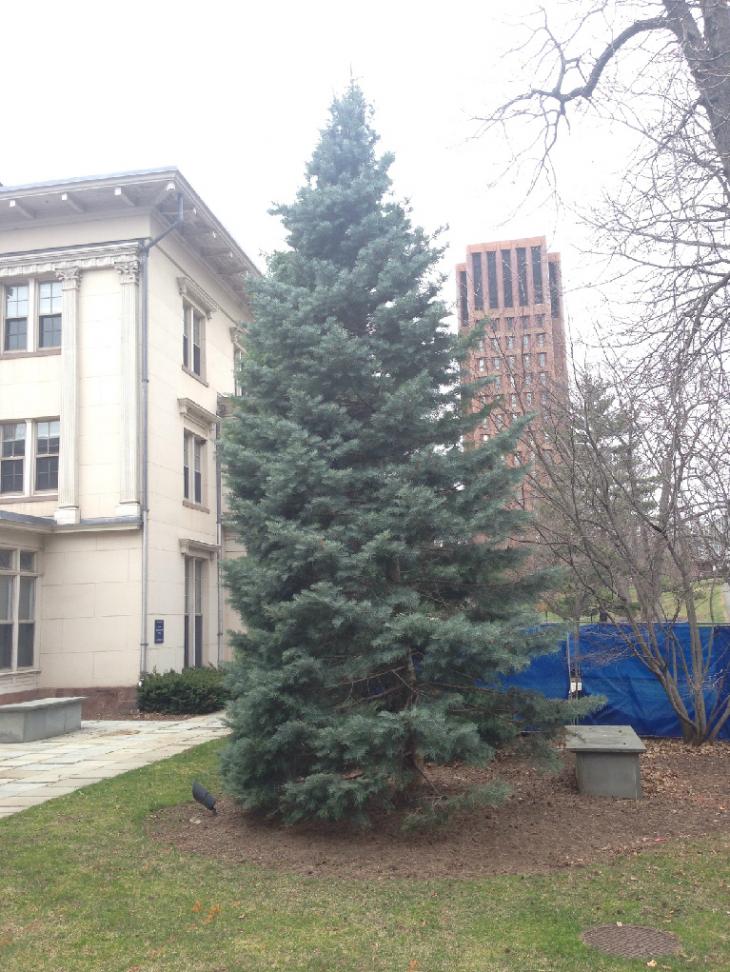 The White Fir is no longer in this location, and has either been cut down or relocated to an unknown location during renovations near Hillhouse Ave.